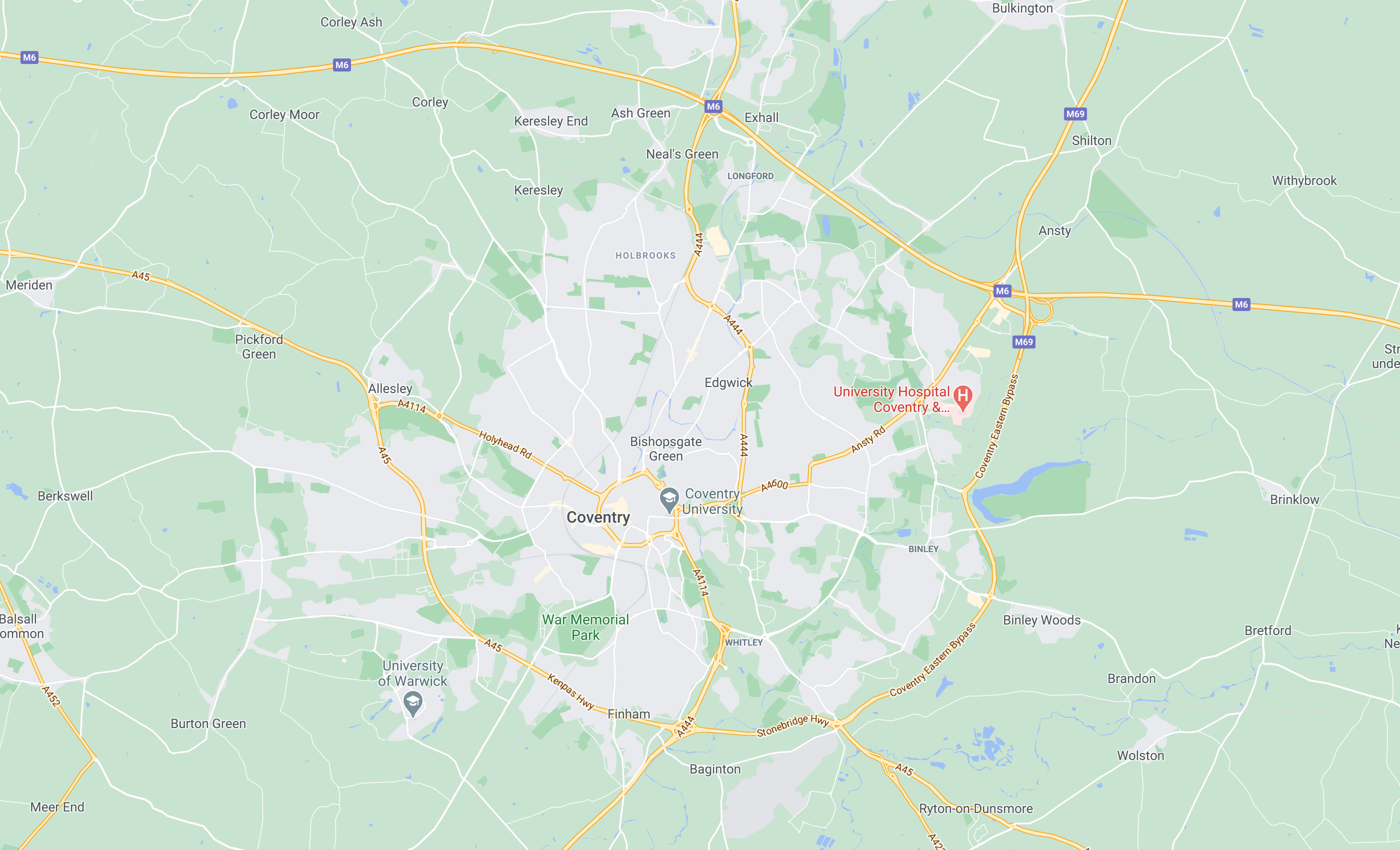 Situated in the West Midlands, Coventry is the second largest city in the county with a population of 425,000. Coventry is a very diverse city with a growing population growth in recent years of people in the age range of 18-29. In 2019, Coventry started their ‘Year of Wellbeing’ campaign which their council invested in sport and physical activities, this amounted to the opening of the Wave water park. Coventry is home to some successful sport teams in a variety of sports including Coventry City (football) and Wasps RFC (rugby) who are one of the best teams in Europe.

Being in the top 30 cities to live in the United Kingdom, Coventry won the 2021 City of Culture which is a prestigious award given every 4 years. The estimated cost for a family of four living in Coventry is £3,330 which is slightly cheaper than neighboring city Birmingham. For a single person living the city of Coventry, it is estimated monthly cost is just over £1,800 which is a huge 31% cheaper than London.

Coventry and Warwickshire have over 1,500 automotive suppliers in the county which 13% of them jobs are in manufacturing. Coventry is known for its development in driverless technology which will provide more and new jobs for the future years to come. Due to Coventry being awarded the UK’s City of Culture, there will be more jobs opportunities all over the city for places such as sport venues, historical sites and for the many attractions around Coventry for the tourists that will want to visit the award winners.

Coventry is home to many warehouses scattered across the city owned by massive conglomerates which operate in different industries. Some of these companies include Amazon, DHL, Co-Operative, and Currys PC World. Some of these warehouses are located inside of the city centre but a large portion of these huge warehouse are situated outside of the city centre which means that you would need to find your own transport method to get to these warehouses. Listed below are some examples of the different types of jobs that you will find in a warehouse.

In Coventry, the driving and logistics distribution industry has had a consistent growth due to the city being in the midlands. The midlands are very easy to commute to for people across England, which leads to more companies wanting to build their distribution hubs in the shire. As previously talked about, there are lots of warehouses in Coventry and there are plans for many more warehouses to be built in the city. There are many different jobs in the driving and logistics industry and some of them are included below.

A LGV driver’s job role is to deliver goods from A to B in the United Kingdom. They are also tasked with filling in paperwork and using logbooks for every delivery that they complete. A LGV class 1 driver can drive a category C and E vehicle compared to a class 2 driver who can only drive a category C vehicle. The average hourly pay for a LGV driver in Coventry is £13.85.

The role of a logistic clerk is to work alongside the logistic manager to ensure that the deliveries arrive on time. They work with the work closely with the drivers by managing their shipping schedules and making sure that everything runs smoothly. In Coventry, the average yearly salary for a logistic clerk is £24,500 per year.